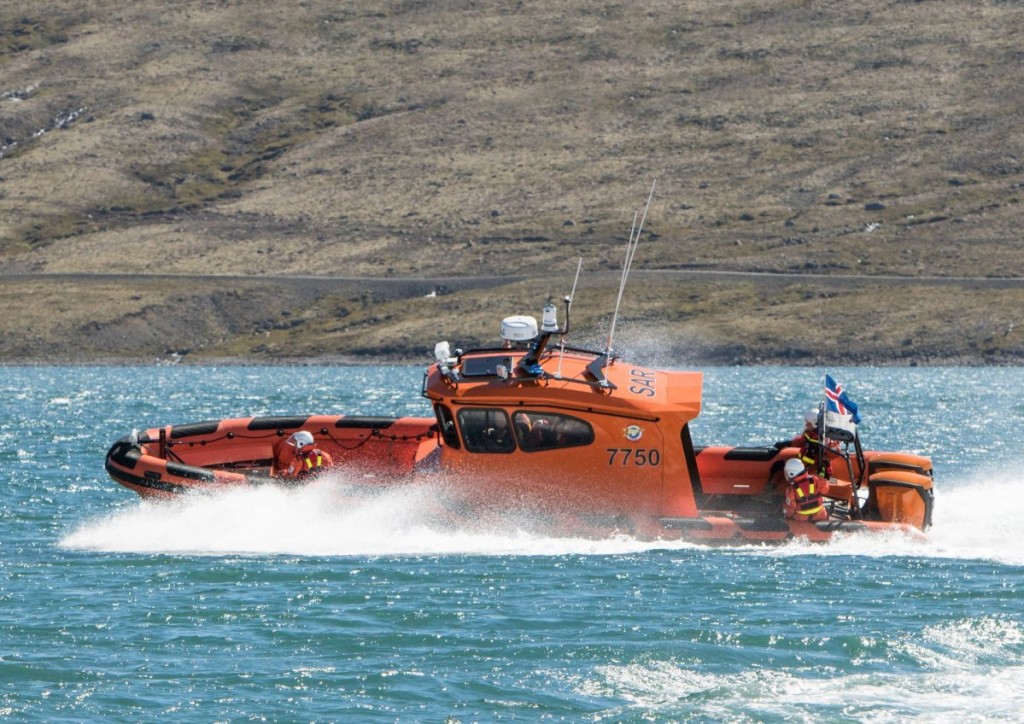 Rafnar’s Leiftur 1100 is a third-generation tactical RIB that has been thoroughly tested and developed in close co-operation with the Icelandic Coast Guard, who carried out extensive sea trials that played a critical in the successful development of the vessel. This 11 meter craft has been designed to operate safely and comfortably in the worst weather and sea conditions. The craft’s documented reliability and safety underline the ÖK Hull design’s proven capabilities.

During the final development phase, the Icelandic Coast Guard sailed a prototype of the craft some 3,000 nautical miles around Iceland. The specially designed and crafted ÖK Hull cleanly cuts through the sea and waves, resulting in significantly improved seakeeping and maneuverability, as well as a safer and more comfortable ride for the crew. The ÖK Hull design generates greater grip and traction at low and high speed, and slices through sea and waves. The unique keel prevents drift and eliminates the typical bounce and slam experienced in conventional crafts.

In June 2017, Rafnar’s Leiftur 1100 demonstration boat, Embla, turned one year old. In June 2016, Embla set off from Iceland and sailed to Gothenburg, Sweden, to attend the HSBO forum. In the one year that she has been operational, Embla has sailed approximately 4,500 nautical miles and has been transported many thousands of additional miles on top of that between Europe, Iceland, the United States, the Caribbean, and back. Despite heavy usage, Embla has not had a single fault or problem.

The Leiftur 1100 is a versatile work boat designed to perform a variety of functions and roles and comes with a multitude of capabilities. It is designed to be the optimal search and rescue craft, coastal patrol and security vessel, and pilot boat. The Leiftur 1100 work boat is also ideally suited as a multi-functional work boat or as a press and photography RIB for marine sporting events.

The Leiftur 1100 series will remain a benchmark for radical changes for some time to come in the RIBs market, and Rafnar will continue to develop further models built on this very successful vessel.